Hinduism, or more correctly, Santana Dharma has been around since the beginning of the Universe, with written scriptures found from over 5,000 years old, hence we refer it to being 5,000 years old for simplicity.

A Mandir is a space where you can experience a concentration of power.  It’s a Tool or Doorway to connect with the Absolute Power. It creates an environment for the mind & consciousness to open.
A temple is a building where one worships.
In Hindu religion, it is a house where deities reside. It’s a structure designed to bring human beings & Gods together.

What is the meaning of Temple in English?

The word temple is derived from latin word ‘Templum’ meaning of which is the building reserved for religious and spiritual rituals and activities. In Hindi the word Mandir is used for Temple.

How Hindu temples are built?

The ancient Vedas explain the scientific nature of connecting with God. The Vedas, specifically states that the Lord does not exist in statues.
The ancient Hindu Vedas, which were written in Sanskrit, had a chapter in Vastu Shastra, or the Art of constructing a building, with specific dimensions & harmonious geometry of equilateral triangles & squares to create a magnificent structure, without the use of support structures. Even the carvings had a sense of equal proportion of design. These buildings were built to last for centuries!
Some elaborate temples have taken 3-4 generations to complete, eg. Kailash temple in Ajanta, which is entirely carved out of rock had 3 floors, 600 statues took 135 years.

Why Hindu temples are built?

The building was a Representation of Cosmos.

Why temples are built on mountains?

The Temples were made over hill tops where positive energy was at the highest available from magnetic field vortex created that allowed everyone to get charged spiritually.
The symbol of a deity was set in the core centre of the temple, called moolasthanam.
This is where earth’s magnetic waves were discovered to be most extreme.
Some mandirs have such a huge intensity, and many worshippers get emotionally moved.
Our ancestors understood the vastness of the universe, and the abstract powers associated with universal forces, which would have been difficult to understand by average humans. Images of deities were constructed to help focus & increase concentration.

Before putting the deity in a alter of the mandir, murti sthapna takes place, where Brahmins carry out havan with mantras to purify & energise the murti.
All footwear was removed before going into a temple for two reasons:

Why there is a bell in temple?

A large Bell was placed in the middle dome. When you ring this bell, the sound waves lasts 7 seconds, enough to activate all 7 chakras of the body.
The sound waves empty our brain of all negative thoughts.

Does god exist in statues?

If you ask every Hindu worshipper if the God in that piece of the statue, & he will say NO. His answer will be that God is everywhere. He’s seated in my heart, but this is his manifestation, which is helping me engage my mind. Ancient Hindu scriptures were texts of spirituality, based on scientific facts.

The English word ‘idol” is demeaning, which means a false God. The Sanskrit word is “vigraha” or deity. We pray to the Absolute God through that deity. We don’t pray to deity. Deity is a tiny representation of the immense power of the creator. They were created in temples to focus of our energy & concentrate the power of prayer.
Ancient civilizations, Romans, Greeks, Egyptians, Jews, The Roman Catholic, and the Orthodox Churches all used icons.
You have Jesus Christ, the Virgin Mary, and the Apostles, on stained glass, regional saints and other symbols of Christian faith.
Burning candles before icons has religious significance in Christianity & Buddhism.
Idols or Murtis are symbols to worship infinite God. Human mind understands symbols. All religions have symbols.
Christians have a cross, Catholics have the Deity of Mother Mary, Buddhists have large Buddhas. Ancient civilizations, Romans, Greeks, Egyptians, Jews, The Roman Catholic, and Orthodox Churches have all had icons. Icons of Jesus Christ, the Virgin Mary, the Apostles, & regional saints are expressed in stained glass.
The Native American Indians too had deity images, which were replaced with icons of Jesus & Mary during the Spanish era.
Even in Maths we use symbols to depict a concept e.g. “Infinity” sign is a symbol for the immense, which is immeasurable.
Flags are not countries, but they Symbolise a country.
The Vedas had documented the original symbols of Om & Swastika.

What is the main purpose of the mandir?

The Bhagavad Gita mentions that you can make deities from any material, but the supreme deity is in the mind. If you can harness the ability to look within & meditate, you do not need to go to a Temple.
In temples, there aren’t mass prayers, unless it’s a special occasion. You can go anytime and are encouraged to sit, close our eyes & absorb the energies. The energy is aligned with our chakras in our body, giving us a feeling of elation.
Even in the west, people who do intense yoga can feel a cosmic connection.
This connection is easier to achieve when you are praying in front of a focal point e.g. a deity.
In India, a study has shown that children who went to the mandir frequently had less emotional & psychological problems than those who didn’t. 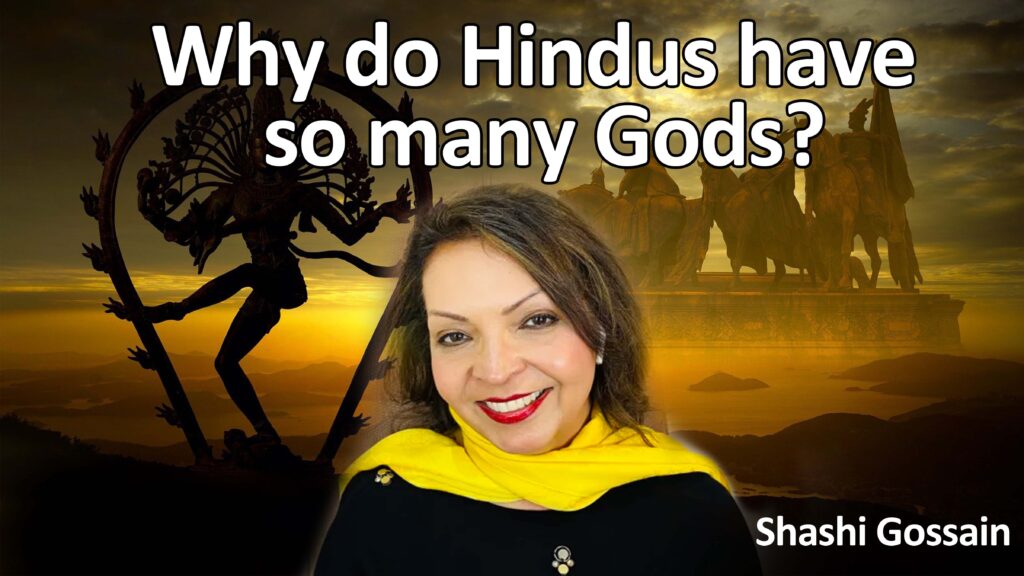 10 thoughts on “Why were temples built?”