Mahadev: God of Gods, Shiva, the cool dude of Hindu devtas, is also known as Mahakal, Umapati, and Rudra. Namaste, I am Shashi Gossain, In this article, we are going to discuss every aspect of Lord Shiva ( Mahadev ).

Contents on article hide
1 What is the meaning of Shiva name?
2 What is the meaning of shaivism?
3 What are the different names of Lord Shiva?
4 What are the different forms of Lord Shiva?
4.1 1. Nataraja, the Lord of Dance
4.2 2. Mahayogi: the Lord of Yoga
4.3 3. Mrityunjaya,
4.4 4. Shiva Lingam
4.5 5. Shiva as a Family man
5 How many sons does Lord Shiva have? Who is the daughter of Lord Shiva?
6 What is the story behind Mahashivratri?
7 What is the story behind Lord Shiv having the Ganga on his head?
7.1 Shiva’s symbolism- What do Shiva symbols mean?
8 Why does Lord Shiva have a snake?
9 Why does Shiva have a blue throat?
10 Why is there a moon crescent on Lord Shiva’s hair?
11 What Damru means?
12 What does Shiva Trishul represent?
13 What do the three eyes of Mahadev signify?
14 Why is Lord Shiva celebrated as Monday?

What is the meaning of Shiva name?

Shiva means “the auspicious one”, although, he is considered “the destroyer” in the Trimurti, the three holiest deities, with Brahma is “the creator” & Vishnu is “the preserver”, together, they make up the cycle of the universe. While in Western thought, destruction is generally seen as a bad thing, “destruction in Hindu belief implies reproduction” To Hindus, destruction is just a holy act necessary for a new birth. Shiva is generally thought to have originated from Rudra, a God worshipped in the Indus Valley during the Vedic period. Rudra was a hunter and a storm god and was very fierce in his ways. Rudra’s father was the Lord of Beings and his mother was Usha, the Goddess of the Dawn. When he was born, he cried a lot & his father affectionately named him “Rudra”, from the word “rud”, meaning “to howl”. He was sometimes called “Shiva”, an adjective meaning “auspicious & kind”. Gradually, the name Rudra became interchangeable with the name Shiva, and the modern Shiva was born.

What is the meaning of shaivism?

Shaivism, the worship of Shiva, is actually a precursor to Hinduism. This sect formed over 8,000 years ago, to a time that even predates the Vedic time period. The followers of Lord Shiva are known as Shiv.

What are the different names of Lord Shiva?

Shiva has 1008 names, many titles, and forms, and can be seen differently by every one of his worshippers. One of the most common names for him is “Mahadeva”, meaning “Great God”.  He is one of the most complex and mysterious gods in the Hindu tradition because of his contrasting nature.

What are the different forms of Lord Shiva?

Let us look at some forms of Shiva:

Lord Shiva has been symbolized as an embodiment of energy. Shiva’s cosmic dance, called the Ananda Tandava, or “Dance of Bliss”, is set within a circular arch of flames, Prabha mandala, which symbolizes:

Shiva is the lord of meditation, depicted seated in deep meditation on Mount Kailasa. He is thought to be humankind’s first teacher. He taught through silent meditation and served as an example of how to achieve moksha. Shiva holds the key to the highest spiritual knowledge and miracles. He rules over all aspects of yoga relative to the body, mind & consciousness. He is the eternal presence of yoga as the supreme consciousness behind the universe. 84,000 positions of asanas said to have derived from his movements. As Nataraj, the lord of the dance, his dance, and gestures also reflect yoga postures, starting with the 108 main traditional poses of Indian dance.

Mrityunjay means the one who conquers death. The Maha Mrityunjaya mantra is believed to have miraculous properties. Shiva symbolizes the immortal Prana, the undying force of eternal existence and pure Being. Tantric yoga teachings, with pranic mantras about Prana, relate to Shiva, who holds the inner power of pranayama.

The Shiva Linga is a symbol of Lord Shiva: a mark that reminds of the Omnipotent Lord, which is formless. It represents the whole universe that comes from Shiva, stays in him, and goes back into him. It also represents a God of sexual energy and signifies fertility. This is one of the reasons he is worshipped in the form of a lingam and yoni, which represent the male and female reproductive parts. This signifies regeneration.

Shiv’ consort is called Shakti, who is the ultimate Goddess. She’s called by different names, each form having a distinct characteristic.

How many sons does Lord Shiva have? Who is the daughter of Lord Shiva?

They had two sons & one daughter:

What is the story behind Mahashivratri?

Maha Shivratri is celebrated as the wedding day of Shiva and Parvati because it is when the two energies of universal consciousness and universal bliss come together. Devotees fast on this day & stay up all night, meditating & chanting his name.

What is the story behind Lord Shiv having the Ganga on his head?

Goddess Ganga is not Shiva’s wife. Lord Brahma asked Ganga to descend on Earth, to provide water. However, the power of the force of the flow of Ganga would have destroyed the earth. Lord Shiva accepted the first flow through his head, and through his matted locks of hair, and released her in seven streams, the seven sacred rivers in India. She now helps mankind to cultivate crops by making the land fertile. It is also believed that it signifies the flow of wisdom & teachings of the scriptures passed through generations.

Why does Lord Shiva have a snake?

A snake named Vasuki is coiled in three rings around Shiva’s neck, representing the past, present, and future. Vasuki(snake) also represents the ego, which once mastered can be worn as an ornament. According to mythology, he also served as the rope during the Samudra Manthan, where the ocean waters were churned to extract “amrit” or the nectar of immortality.

Why does Shiva have a blue throat?

The churning of the ocean or Samudra Manthan by the Gods & Demons also yielded poison or “halahal”, which Shiva drank. This poison stayed in the throat, & turned it blue.  However, he did not swallow the poison due to a blockage created by Goddess Parvati. Shivji is also called “Neelkanthan” or one with a blue-throat.

Why is there a moon crescent on Lord Shiva’s hair?

There are many legends, but one of the popular ones amongst yogis is that the Moon controls the mind, (which even modern scientists have found that on the full moon, there’s a higher risk of agitation from the mentally ill). The moon channelizes the spiritual energies when one is meditating in yoga. It also represents mastery over time.

Damru signifies Rhythm & time. It represents holy scriptures, the Vedas, where it is stated that sound was the creation of the universe.

What does Shiva Trishul represent?

Tri means three, and Shul means problems or suffering. The Trishul means that which destroys the three-fold suffering. It is therefore is a symbol that offers relief from the three types of pain that arise in our human life experience: Physical, spiritual & mental. Trishul Also represents 3 powers: knowledge, desire & implementation Tigerskin: The victory of the divine force over animal instincts. Rudraksha beads mala: Denote purity & concentration during meditation.

What do the three eyes of Mahadev signify?

Three eyes: Lord Shiva has three eyes, denoting the Sun, Moon & The third eye looks inward into the inner realms and spaces of higher consciousness. It’s a symbol of the destroyer of evil & ignorance

Why is Lord Shiva celebrated as Monday?

Monday is considered to be the holy day of Shiva, and many devotees take part in the Solah Somvar Vrat, a fast dedicated to Shiva. All prayers relating to husband, children & illness are believed to be answered. Hindus say that Shiva is “Anand”, which means he is neither born nor dead. His power is endless and his wisdom is all-knowing. This mysticism is what has made Shiva such a revered and heavily worshipped God. Shiva was and continues to be one of the most central figures in Hinduism, and the devotion that he has inspired will continue to shape the history of Hinduism for centuries to come. 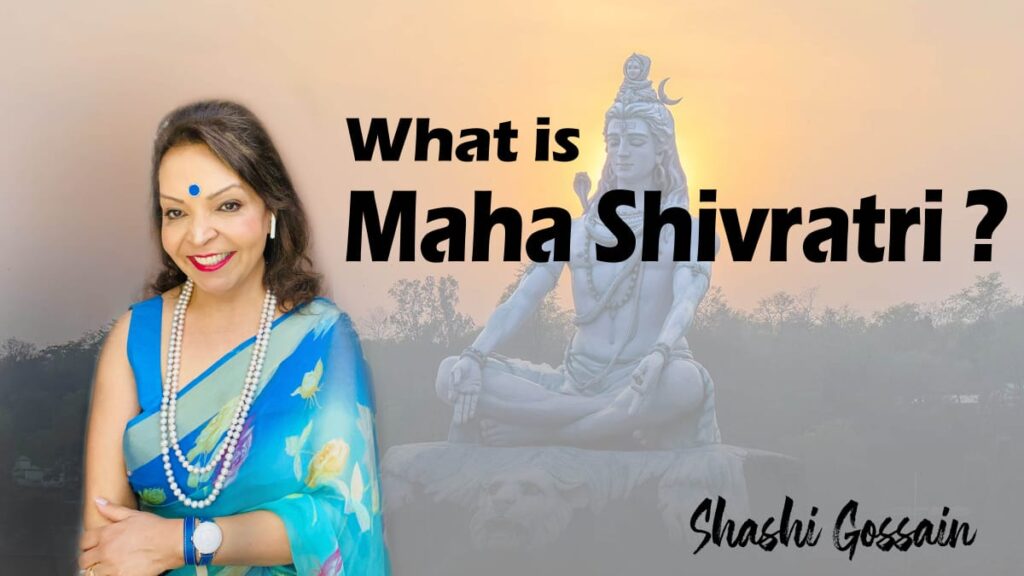 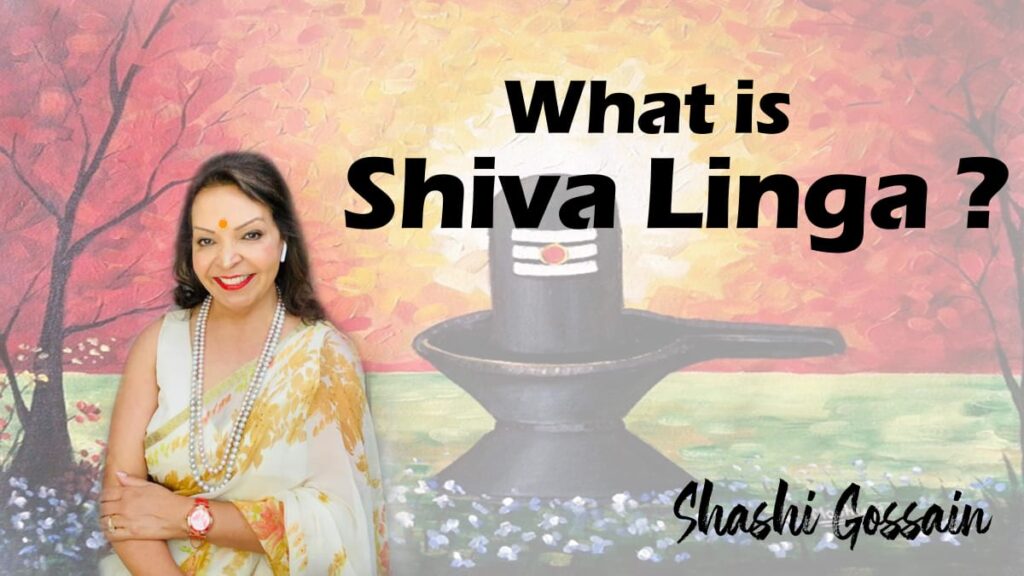 1 thought on “Who Is Shiva”