Cleansing the mirror in the form of my mind with the pollen of the lotus-feet of the Guru,
I describe the unblemished glory of Rama, which bestows the four fruits.

Knowing my body to be devoid of intelligence, I remember Hanuman, the son of Vayu.
Give me strength, intelligence and knowledge and remove all ailments & impurities.

You are the great hero, you are endowed with valour, your body is as strong as Indra Vajra.
You are the destroyer of vile intellect, and you are the companion of one whose intellect is pure.
Your complexion is that of molten gold, and you are resplendent in your handsome form.
You wear small earrings in your ears and your hair is curly.

You have the weapon & flag in your hands, &
the sacred-thread made of the Munja grass adorns your shoulder.
O embodiment of Shiva, the delighter of Kesari,
your aura and majesty is great and is revered by the whole world.

You are the praiseworthy abode of the eighteen types of knowledge, all virtues reside in you.
You are ever eager to perform tasks for Rama.
You delight in listening to the acts of Rama.
You reside in the minds of Rama, Lakshmana and Sita.

You brought the Sanjivini, the life-saving herb, & revitalized Lakshman.
Out of elation, Rama embraced you.
Raghu’s descendant, Rama, praised you profusely saying “You are dear to me like my brother Bharata”.

Rama also said that a thousand people will praise Hanuman’s glory and embraced him again
Hanuman has been blessed by Saints like Sanka, Bramha, Munisa, Narad, Sarad, Sahit & Ahisa

Yama (God of death), Kubera (God of wealth), Dikpala (God of eight directions) Kavis (poets) &
Kovidas (folk singers) cannot describe Hanuman’s reputation.
You did Sugriva a great favour by making him meet Rama and bestowing on him the kingdom of Kishkindha.

Your Mantra was accepted by Vibishana, as a result of which he became the king of Lanka.
The whole world knows this.
On your own you dashed to the Sun, which is 96,000,000 miles away, thinking it to be a sweet fruit.

O Lord, placing the ring given by Rama in your mouth, you leaped across the unknown ocean.
All the unattainable tasks in the world become easily attainable with your grace

You are the doorkeeper and protector of the door to Rama’s court.
Without your command, nobody can enter the abode of Rama.
Once in your refuge, they obtains all the pleasures.
You are the protector, and there is nothing to be afraid of.

When you roar, after remembering your powers, the three worlds tremble with fear.
Evil spirits & ghosts do not come near those chant the Mahāvira name of yours.
The constant chanting of the brave Hanuman, destroys all ailments and removes all sufferings.

Hanuman extricates those from all adversities who remember him in their heart, through their actions & words.

Rama is the supreme God and a king with spirituality & yet you executed all his tasks.
And whoever comes to you with any wish, they obtain the unlimited fruit of the wish, in this very birth.

Your glory is famous in all the four Yugas (time span) & illuminates the whole world.
You are the protector of Sadhus & Saints.
You are the destroyer of demons and dear as a son to Rama.

You are the bestower the eight supernatural powers & nine divine treasures.
The daughter of Janaka, Mother Sita, has granted you this boon.
You have the treasure of Rama’s Bhakti (rāma rasāyana) with you.
You are, respectfully, the servant of Raghupati (Shri Raam).

Singing of you (Hanuman), a Bhakta obtains Rama and forgets the adversities and afflictions of many births
As a result of devotion to you, a Bhakta goes to Saket at the time of their end (physical death).
When they are reborn, they will be known as the Bhaktas of Hari.

Even one who does not contemplate on any other Devatas in their mind and only serves Hanuman, achieves all favourable bliss in this world and the next
Whoever remembers the brave and mighty Hanuman gets free of all adversities and relief from all pains

One who reads Hanuman Chalisa attains liberation & become Lord Shiva’s companion.
Tulsidas says O Lord Hanuman, may you ever reside in the heart of the devotees who serve Hari (Rama).

Hanuman helps cleanse the mind, intellect, heart & ego, and by asking him to reside in the heart of the devotee, the refuge of Hanuman is the supreme pursuit. 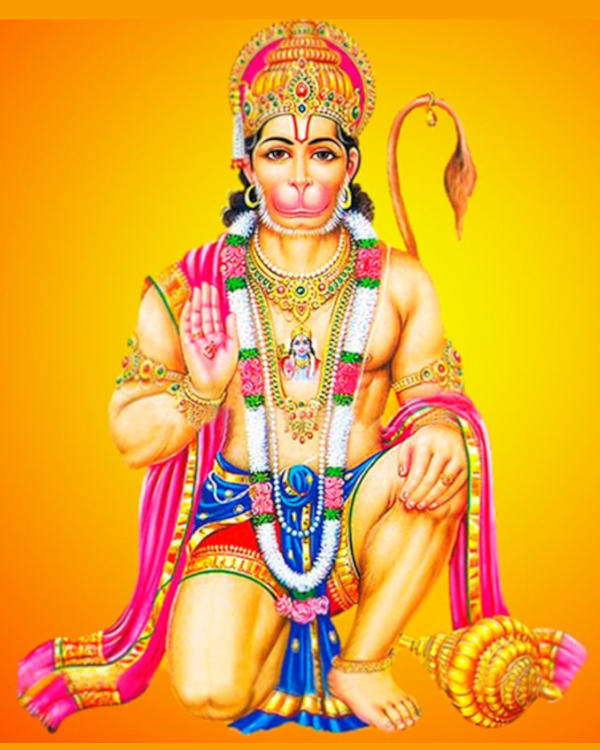